A better life for future generations? An interview with Dr. Simone Sandholz on World Cities Day

This year’s World Cities Day, celebrated on 31 October, has the theme “Innovations and better life for future generations.” We have talked to UNU-EHS expert Dr. Simone Sandholz about life in cities and what can be done to prepare cities for climate change while ensuring a high quality of life for their citizens.

Dr. Sandholz, what is the current state of cities?

Today more than half of the global population lives in urban environments, and numbers are still rising. Meanwhile, climate change is real and so are growing impacts of climate and weather extremes on urban areas, which are for example flooding or heat waves. As a consequence cities need to adapt to these challenges while limiting their own footprint, meaning their consumption of resources, and taking into consideration the lives of people living there.

How can this be done?

I believe there’s a huge window of opportunity right now as people are increasingly aware of climate risks. For example, in a research project we just concluded on the adaptation of German cities to heat stress, we found urban inhabitants to be very willing to implement  measures by themselves that will allow them and their homes to be better prepared for extreme temperatures. However, the question is how to support them in picking the most sustainable measures – for example, greening rooftops or walls instead of installing energy-intensive air conditioning – and how to link this to overall urban development strategies. This link is most crucial and demands the involvement of all urban actors, from civil society groups to companies and other economic actors to urban administration.

What are challenges you see?

Climate and disaster risks are already critical factors in urban areas and will become even more challenging. This is particularly affecting the urban poor who are often settling in the most vulnerable locations such as floodplains. And now, current or future climate change impacts increasingly drive decisions, for example when wealthy people move away from coastlines prone to sea level rise to more elevated areas. In a worst-case scenario this could lead to what I would call climate segregation: People who can afford to do so move to safer places and the rest has to live in those quarters with higher climate exposure. Such a trend would exacerbate already existing social inequalities and highlights the urgent need to link climate protection, disaster risk reduction and social equity approaches.

What can be done to prevent this kind of scenario?

We need to take the “leave no one behind” approach seriously, to all facets of urban life. It has to guide the way cities are planned and governed. Such governance would include not only mayors and other urban decision makers but also civil society organizations and the economic sector. And it has to guide education. When I studied urban planning we did not interact much with other disciplines, with environmentalists or social scientists, neither did we have much exposure to “real-world cases”. That has to change fundamentally.

This year World Cities Day deals with innovations and a better life for future generations. What innovations are there that cities can turn to?

To me such innovation would be a mix of existing “best practices” and new technologies. Digital tools can support information sharing, transparency and the involvement of urban citizens into decision-making processes. For example, data sharing among urban planning, environment and social sectors is still far less common than one would think, but this would avoid multiple data collection and support more inclusive and long-term sustainable decision-making. On the other hand, I am convinced we need to link new frontier technologies to rather traditional and locally adapted building technologies or urban layouts. Natural building materials and layout plans that consider ventilation and thermal comfort are energy-saving and therefore not outdated but very up-to-date. Traditional houses and quarters have been designed in such a way that they withstand extreme events and can serve as models for urban development. And the use or advancement of local building patterns helps to maintain a unique sense of place and create livable cities for us and future generations.

What are your hopes on World Cities Day?

Cities are already key drivers of global climate debates. Global networks of cities and mayors have become – in times of partly dwindling engagement on national scales – front runners that urge others to follow their example.  I hope that we will succeed in making cities more livable by adapting them to changing climates and extreme events – instead of seeing this as contradicting goals. 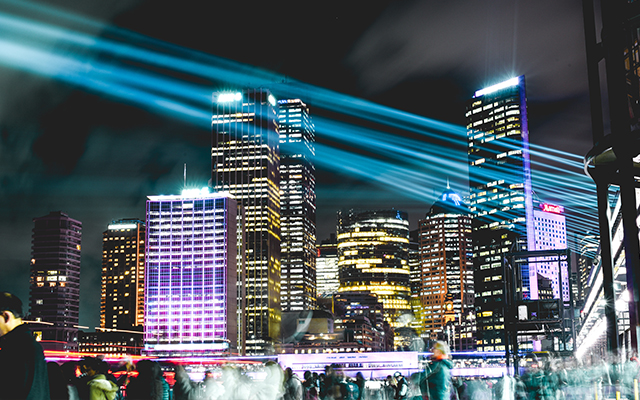