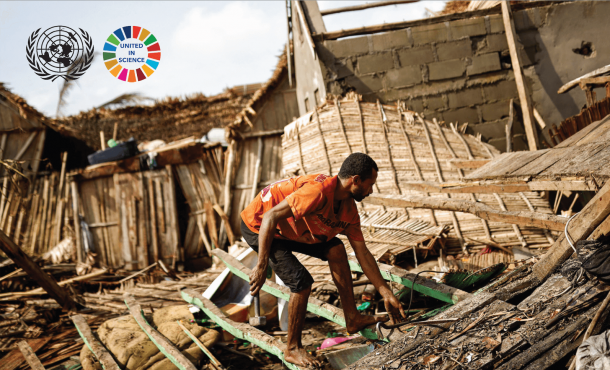 United in Science: We are Heading in the Wrong Direction

Geneva, 13 September 2022 (WMO press release) - Climate science is clear: we are heading in the wrong direction, according to a new multi-agency report coordinated by the World Meteorological Organization (WMO), which highlights the huge gap between aspirations and reality. Without much more ambitious action, the physical and socioeconomic impacts of climate change will be increasingly devastating, it warns.

The report, United in Science, shows that greenhouse gas concentrations continue to rise to record highs. Fossil fuel emission rates are now above pre-pandemic levels after a temporary drop due to lockdowns. The ambition of emissions reduction pledges for 2030 needs to be seven times higher to be in line with the 1.5 °C goal of the Paris Agreement.

The past seven years were the warmest on record. There is a 48% chance that, during at least one year in the next 5 years, the annual mean temperature will temporarily be 1.5°C higher than 1850-1900 average. As global warming increases, “tipping points” in the climate system cannot be ruled out.

“Floods, droughts, heatwaves, extreme storms and wildfires are going from bad to worse, breaking records with alarming frequency. Heatwaves in Europe. Colossal floods in Pakistan. Prolonged and severe droughts in China, the Horn of Africa and the United States. There is nothing natural about the new scale of these disasters. They are the price of humanity’s fossil fuel addiction,” said UN Secretary-General António Guterres.