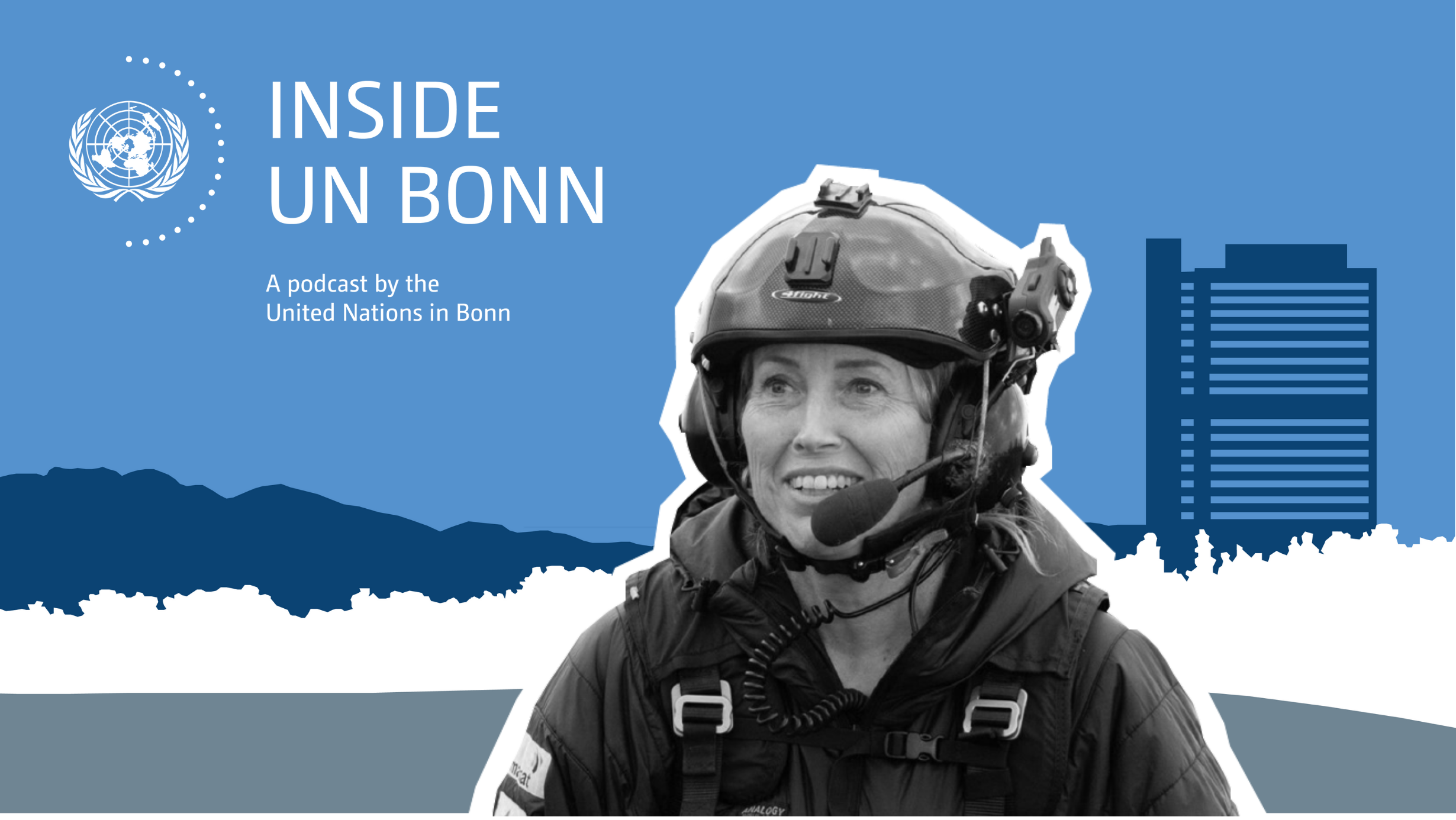 Of the world’s more than one million seven hundred and fifty thousand described animal species at least 8 to 10 thousand migrate. Every minute, every second, millions of animals are fighting their way through dangerous territories through skies and seas. Many migrating species cross national borders – artificial constructs, meaningless to the animals but with dramatic influence in their survival chance.

Every year, the UN’s Convention on the Conservation of Migratory Species of Wild Animals (the Bonn Convention) celebrates World Migratory Bird Day, an annual awareness-raising campaign highlighting the need for the conservation of migratory birds and their habitats. On the occasion of this year’s World Migratory Bird Day, we talked to Sacha Dench who is the Ambassador for the Bonn Convention. She flew with migrating swans in a motorised paraglider from the Russian Artic all the way to the UK to raise awareness for migratory birds.

Check out the new podcast episode of 'Inside UN Bonn' now!

We recorded this episode with the conservationist Sacha Dench during her ‘Round Britain Challenge’ in early September. Sadly, Sacha and her cameraman Dan Burton had a paramotoring accident later that month, in which Sacha was severely injured and Dan tragically passed away. Our thoughts go out to his family and friends. Dan Burton was a well-known filmmaker who had worked with the BBC, National Geographic and many others. He was a true adventurer, who was passionate about flying and diving as well as photography. The ‘Round Britain Challenge’ has been put on hold but Sacha will continue to raise awareness of the plight of migratory birds. We hope that you find this interview about the threats they face as interesting as we did.