The Mobile Film Festival: Calling for Action Against Climate Change

For its 15th edition, the Mobile Film Festival (MFF) is proud to announce its partnership with United Nations Climate Change and YouTube Creators in a context of absolute climate urgency confirmed by numerous reports published each year by the IPCC and international conferences. The next Conference of Parties, COP 25, will be held in Chile from December 2nd to December 13th, 2019.

The Mobile Film Festival joins the ACT NOW campaign on climate change launched by the UN General Secretary, Antonio Guterres. This year’s edition is also based on the paper published by the collective ON EST PRÊT (link) on the occasion of the Cannes Film Festival 2019, which invited film professionals to engage in this existential question, reminding us that stories shape our common imagination.

This year again, the Festival returns with the rules that made its success: 1 Mobile, 1 Minute, 1 Film. The filmmakers will have to respect a committed thematic: ACT NOW on climate change. They are invited to submit films presenting desirable futures which are being built right now through numerous initiatives of committed citizens and NGOs around the world.

It has now been more than 15 years that this short film festival has been defending values of equality and discovery by eliminating economic constraints through the use of mobiles and free registration - while promoting the creativity of directors who must tell a story in one minute maximum.

The Festival’s 100% digital aspect and its creative and brief format allow broadcast on all screens: mobile, tablet, computer, TV and cinema.

Last year, the MFF received over 700 films from 81 countries and reached an audience of 21

million views. The main goal is to reveal and support the talents of tomorrow. By giving the floor to filmmakers of all geographical and cultural horizons – each film is strong, committed and unique. It is in this perspective that the collaborations with YouTube and United Nations Climate Change are taking shape.

The Mobile Film Festival will award €46.000 of grants:

- The Extra Court Award: 700€ awarded by the Short Film Agency for the purchase of a film

The two €20.000 grants awarded by YouTube will allow the winning directors to produce in one year a short film with professional means and the help of a producer.

The CNC will award two €3 000 grants which will allow the winners to join writing residencies.

The prizes will be awarded by a jury composed of personalities from the cinema universe, media and committed to environmental issues.

The Mobile Film Festival team and partners hope that these one-minute films from around the world will make people think and most of all, make citizens, political and economic decision-makers act.

We still have time, but the clock is ticking - so let’s ACT NOW on climate change! 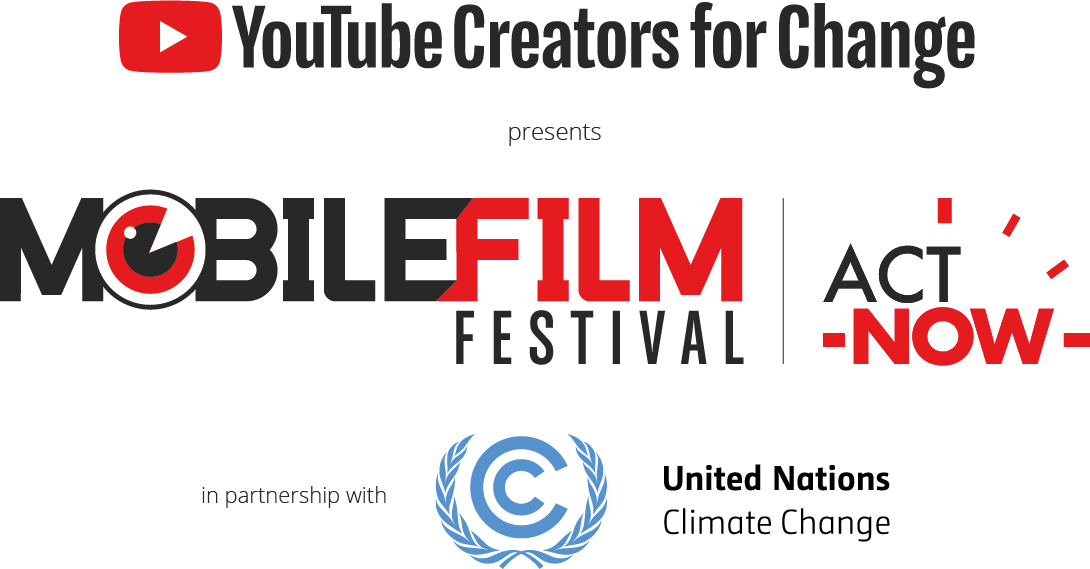