The Secretariat of the United Nations Convention to Combat Desertification (UNCCD) celebrates today the World Day for Combating Desertification (WDCD) and its 25th anniversary, highlighted under the topic "Let us grow the future together". The main events of WDCD take place in Ankara, Turkey.

Since its adoption in 1994, UNCCD has helped promote sustainable agriculture and has protected land from overuse and drought. For example, 5 million hectares of degraded land in the Sahel were restored.

Still, much more needs to be done – sooner rather than later. The current pressure on land is enormous and is expected to increase further. Nearly 170 countries continue to be affected by desertification, soil degradation or drought. The ever-recurring and growing threats of forest fires, heat waves, mass migrations, flash floods, sea-level rise, and food and water insecurity are more obvious. 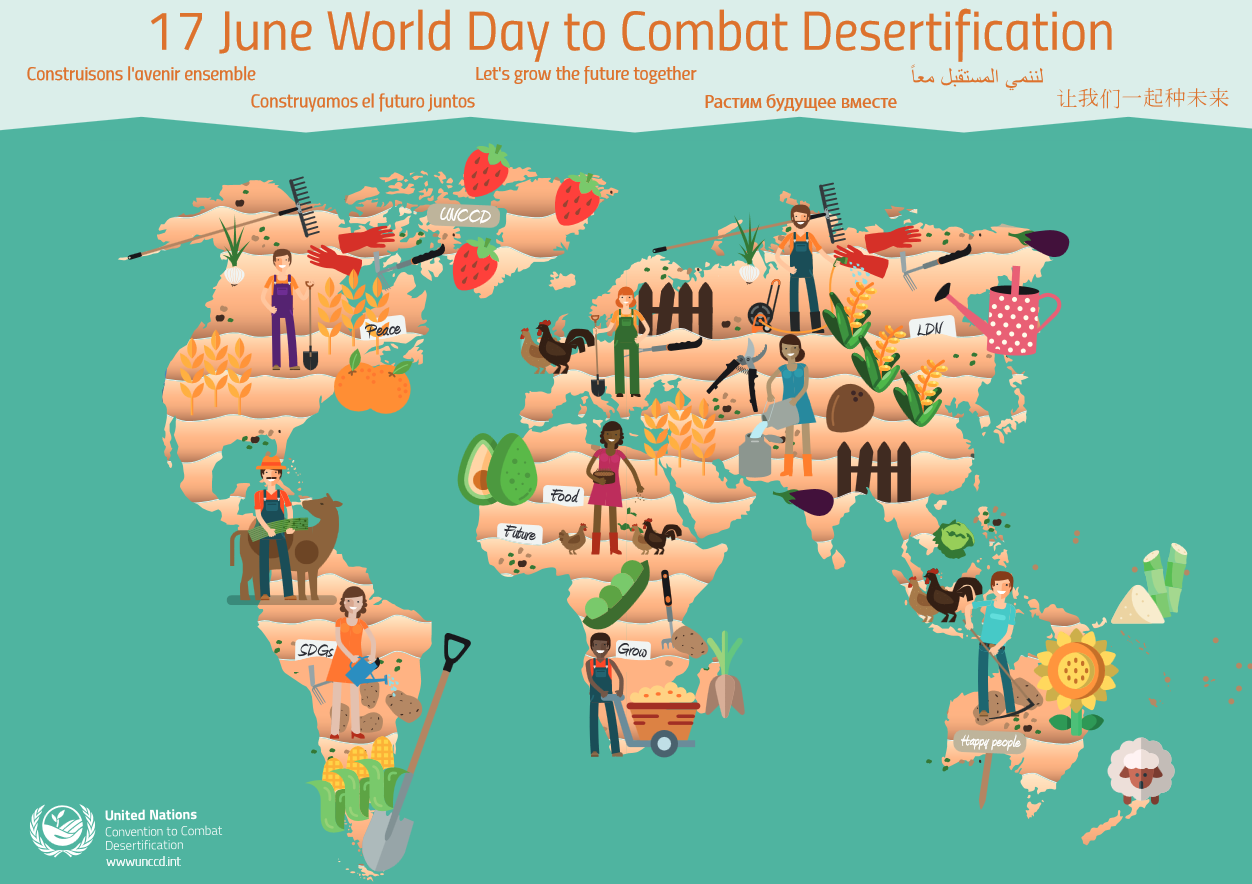