More than 20 collaborating partners have launched the Mediterranean Angel Sharks: Regional Action Plan. It provides a framework for conservation action for Angelsharks in the Mediterranean, a hotspot of extinction risk for chondricthyans (sharks, skates, rays and chimaeras).

In 2017 Angelsharks (“Squatina squatina”) were listed in Appendix I of CMS, which includes Endangered species that shall not be fished and for which Parties are requested to restore and maintain critical habitats and to minimize threats to prevent the species from going extinct. Living in coastal waters and growing to over 1.5 metres long, Angelsharks are at risk from fishing and habitat degradation. Despite protections in place, these species remain exposed to fisheries pressure.

Working with an array of organizations from within the Angel Shark Conservation Network and across the Mediterranean, as well as with the International Union for Conservation of Nature (IUCN), CMS and the Specially Protected Areas Regional Activity Centre (SPA/RAC), the Shark Trust has led on the development of the Mediterranean Angel Sharks: Regional Action Plan. This roadmap is designed to focus efforts to help restore these enigmatic species to robust populations in the region.

With over 20 coastal states and territories, the complex nature of the Mediterranean creates further need for highly collaborative action to build capacity for Angelshark conservation. As such, a series of Sub-Regional Action Plans will be developed to facilitate further coordinated action. These will focus on sub-areas that are high priority regions for Angelsharks having factored in threats, contemporary sightings, capacity etc. Direct threats in each sub-region will vary, meaning that actions must be tailored accordingly, and regional stakeholders engaged. This Action Plan will be presented to CMS Range States to provide opportunity to develop an annex including high priority activities which need to be implemented on a governmental level by CMS Parties.

With fisheries and habitat degradation identified as predominant threats to Angelsharks in the Mediterranean, the priority goals of the Regional Action Plan are focused on these two threats. In addition, an underlying goal focuses on the implementation of legislation and regulations to ensure both the species and their critical habitats are better protected. 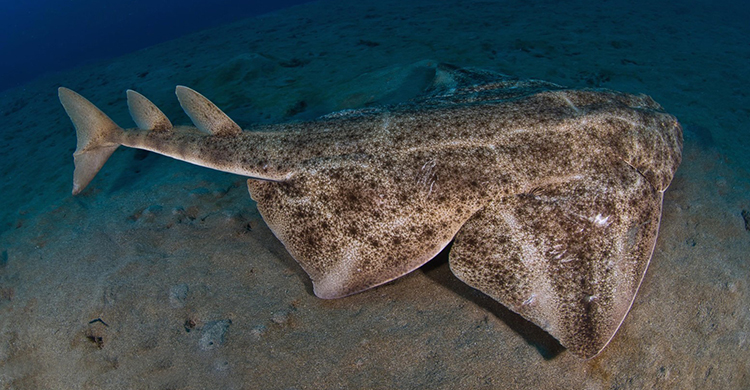