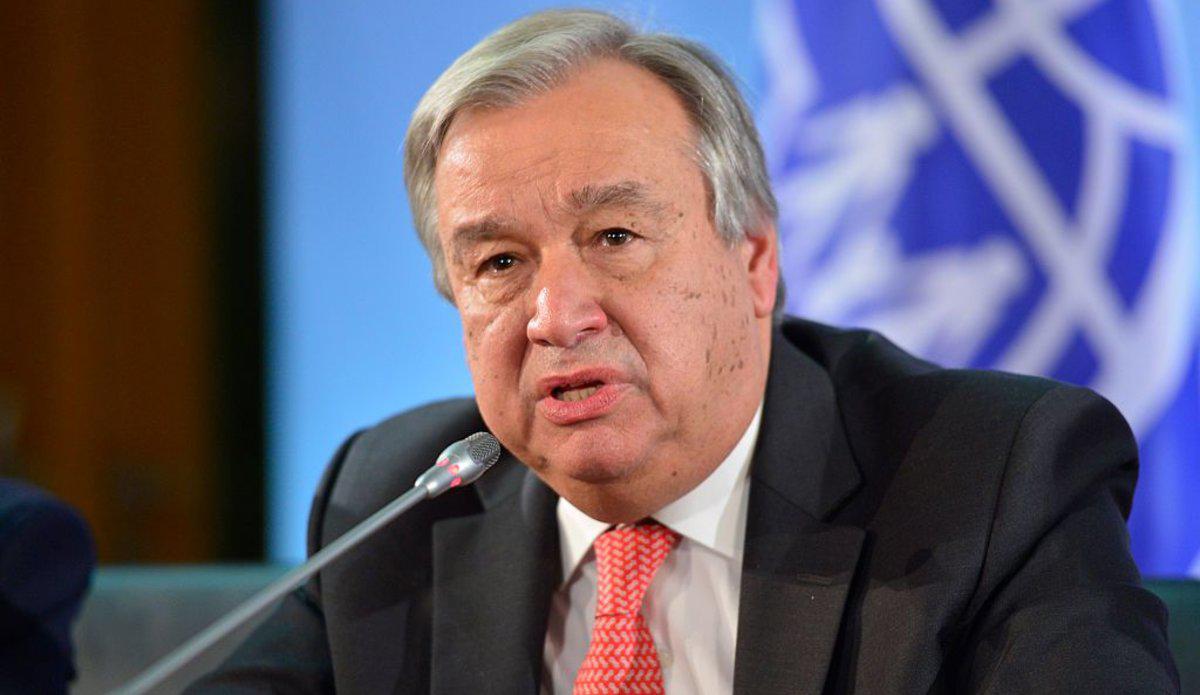 COVID-19: “We are at war with a virus”– UN Secretary-General

United Nations Secretary-General António Guterres urged the world’s nations to unite in their battle against the COVID-19 virus on Thursday (March 19).

“Our world faces a common enemy. We are at war with a virus,” the Secretary-General told reporters during a virtual press briefing from the UN headquarters in New York. He warned that current responses at the country level will not address the global scale and complexity of the crisis and called for a multilateral effort to fight the virus.

The Secretary-General called for togetherness as nations, including European Union countries, closed off their borders.

“The restrictions on travel can be understood because of the need to contain the spread of disease. But it’s also very important at the same time people feel the need for solidarity. It’s very important to fight fake news and campaigns on social media that try to spread fear and create divisions,” he said.

Tackling the health emergency is one of the key areas needed to fight the virus, the Secretary-General said. He added that he is concerned that many countries have exceeded the capacity to care for even mild cases and are unable to respond to the enormous needs of the elderly.

“Even in the wealthiest countries, we see health systems buckling under pressure. Health spending must be scaled up right away to meet urgent needs and the surge in demand,” he said, calling for expanded testing, bolstered facilities, greater support to health care workers, and ensuring adequate supplies.

Developed countries should also extend help to countries that are less prepared to tackle the crisis, the Secretary-General urged.

“A wealthy country must not be convinced it has only to deal with its own citizens. It is in their interest to contribute to a global response,” he said, warning that the virus risked killing millions of people, particularly in the most vulnerable areas, if it is left to spread like wildfire.

The Secretary-General also called on countries to use the 2030 Agenda for Sustainable Development and the Paris Agreement on Climate Change as frameworks for action when recovering from the crisis.

“We must keep our promises for people and planet,” he said, before concluding: “More than ever before, we need solidarity, hope and the political will to see this crisis through together.”